There are a trillion things that can go wrong on the wedding day, but none sting as painfully as a groom who doesn’t show up for the ceremony. But it can be worse. And it was.

A bridesmaid recently went online to ask if she was a jerk for putting her very drunk brother, the groom, on speakerphone without him knowing as his bride-to-be overheard all the rants he was doing, mainly how he didn’t want to marry her when he had been with her for 18 years.

A lot can go wrong at weddings, but nothing hurts more than a groom who doesn’t show up.

So, let’s unpack. We have “Ben”, the 39-year-old groom, and “Abby”, the 39-year-old bride in this story, who have been together for 18 years. 8 of them were engaged, and 3 years ago the two ‘almost’ got married, but Ben got cold feet a few months before so the wedding was called off.

Well, fast forward to just a few days ago when they tried to attempt this marriage again and the groom was nowhere to be found. While at first they were giving Ben the benefit of the doubt, several hours of waiting only added to the worry, so as the bride returned to the hotel, everyone went looking for her. . 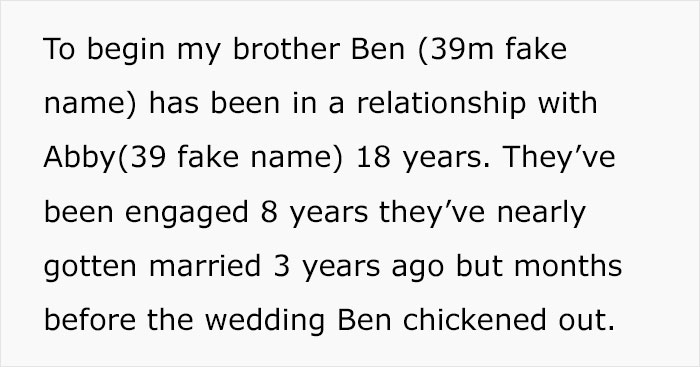 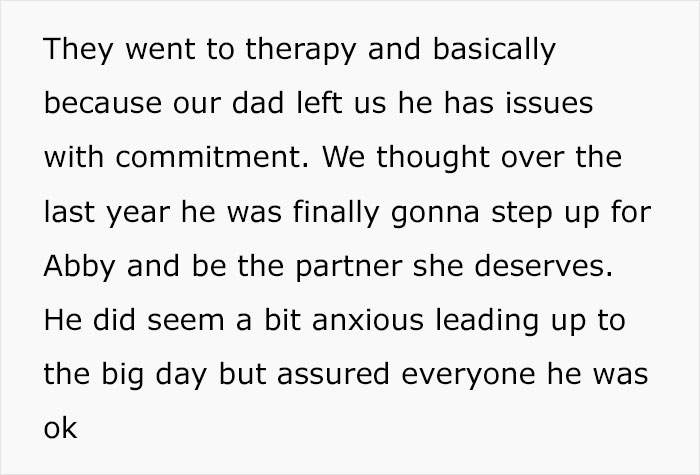 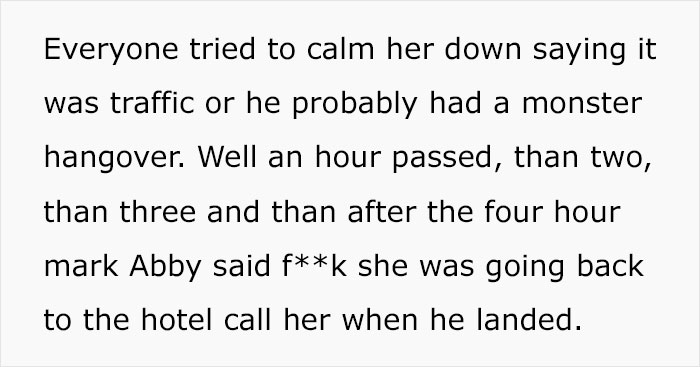 And they found it. Drink in a bar. OP got a text from his brother-in-law about it, and that they were trying to convince him to go to his own wedding. It was so ridiculous, OP described the heckling she heard on the phone as he acted like “a 5-year-old kid who didn’t want to go to the doctor.”

So OP had had enough of him leading Abby around for 18 years so she turned on the speaker, went to the bride’s room and left Ben to complain that she wasn’t ‘the only one’ , and he’s only with her because he’s afraid of being so alone. He was unaware of this eavesdropping. 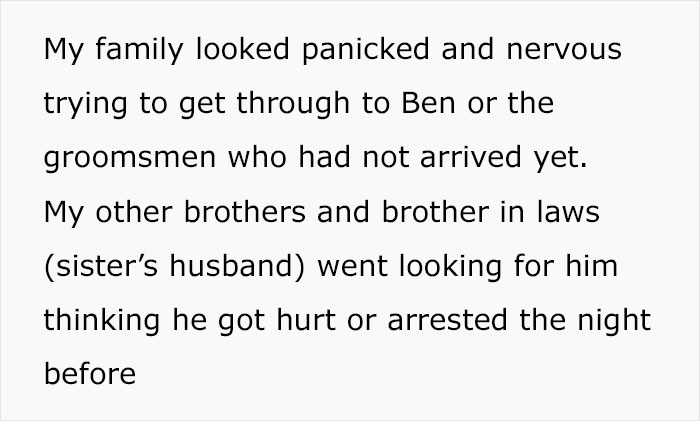 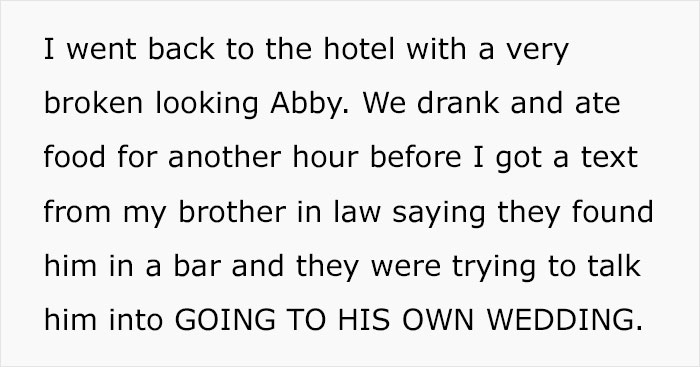 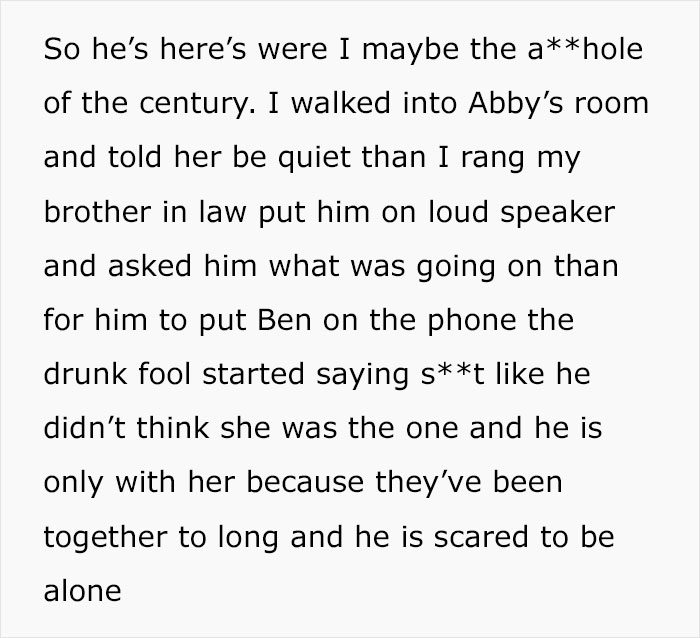 After that, Abby grabbed the phone, told Ben he had an hour to show up for church or it was over. He ended up appearing there within 20 minutes, after which Abby simply left him at the altar and embarked on their honeymoon alone. 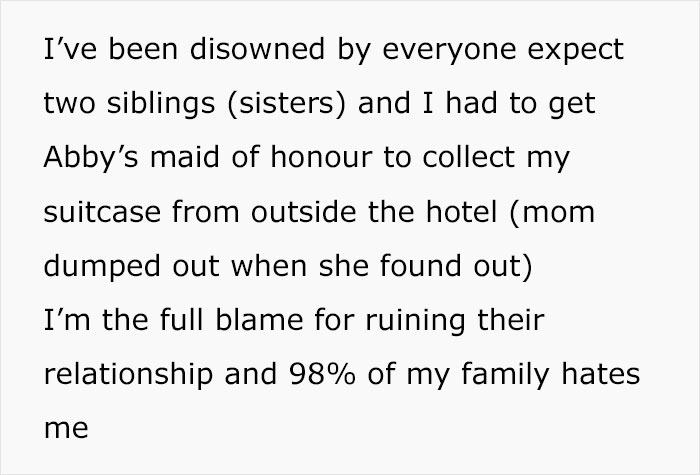 The end result was that almost everyone in OP’s family “disowned” her, leading her to question if she was wrong for doing what seemed right. 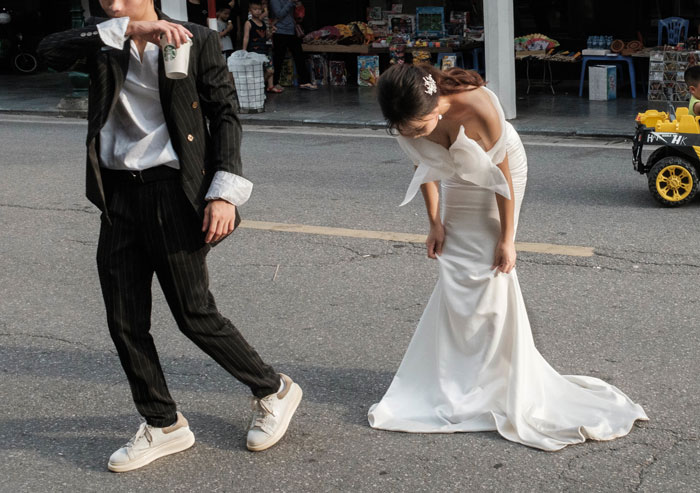 Needless to say, there were people who were pissed at OP, but she didn’t expect many people to be. In short, almost the whole family, except for her two sisters, was angry with her and “disowned” her. It was so intense that she had to ask one of the other bridesmaids to retrieve her suitcase which had been very conveniently (not really) left there by her mother.

So she turned to the Am I The A-Hole? community for some perspective on the matter, and the perspective she got. Most were supportive, saying she did the right thing by doing the bride favor and finishing, especially after 18. On the contrary, some thought the bride needed to hear him say it.

For the most part, people online were on OP’s side, although some argued she simply couldn’t have intervened. 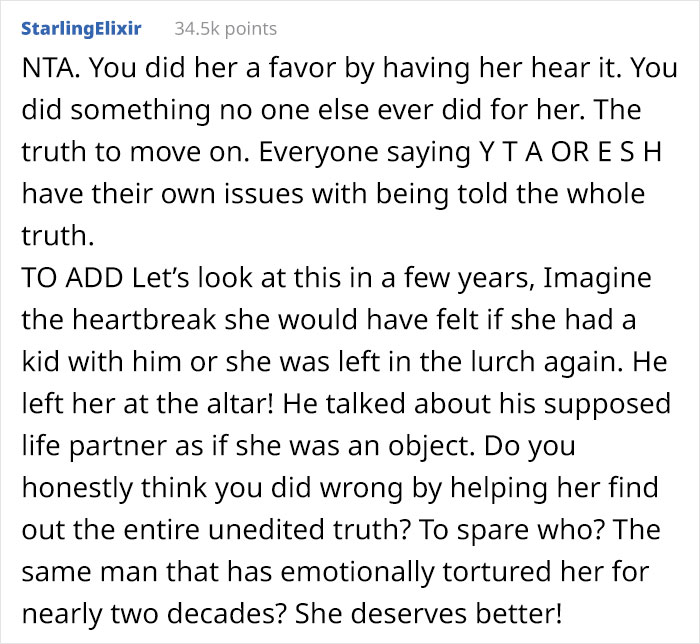 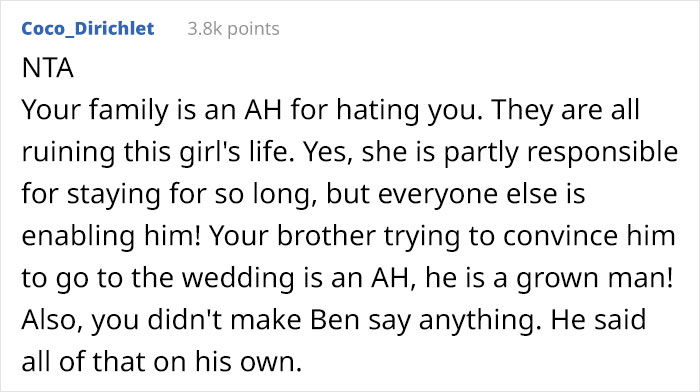 Others opted to call everyone a fool in this situation, with the most backlash dedicated to the brother as he led someone during that long. OP could have gone a different route, but his intentions were good, so there was that. The mother was overreacting, period. The only person who could truly be called a victim was Abby, so some hoped her honeymoon, now turned into a vacation, would at least be a good one. 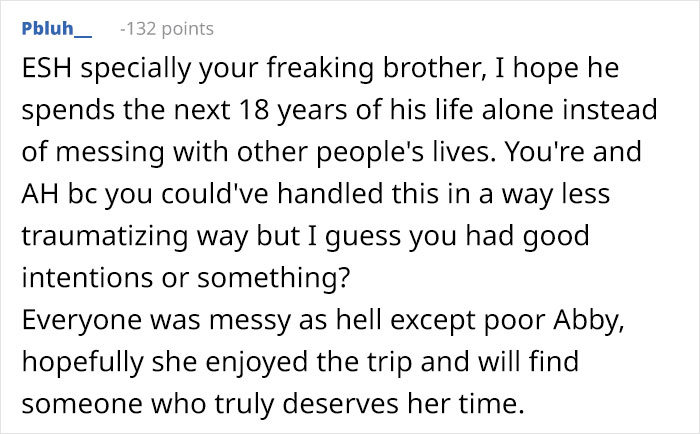 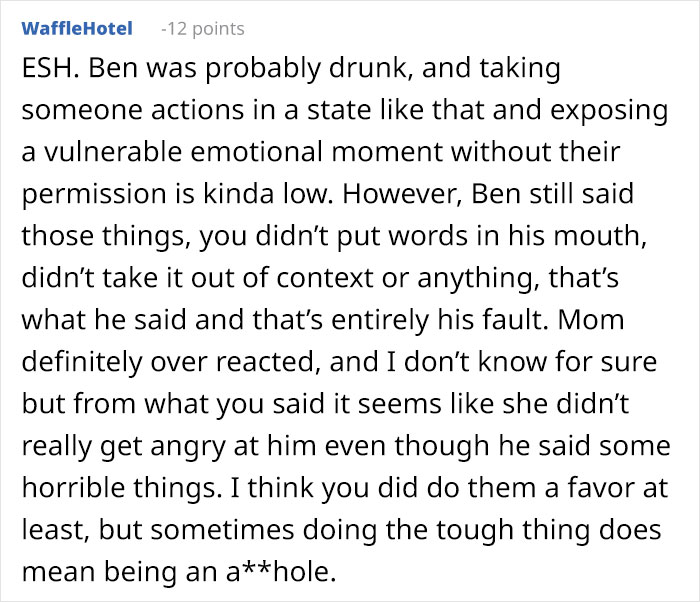 Regardless, the post received over 21,600 upvotes and engagement reached over 2,400 comments, which you can check out here. And you can also take a look at the other AITA publications we have covered here.

But don’t go there just yet, because we’d love to hear your thoughts on this whole situation in the comments section below!